A native Haligonian, Amy Kerr began her career as a model at the age of fifteen. A multiple award winner at myriad modeling and acting competitions, as well as beauty pageants, Amy has booked many internet, print campaigns and spokesmodel positions including: Kameleon Jewelry, uMame Maternity, Gabs & Eddy, Turbine, Metrin Skincare, Bodog, Maxim, Sports Direct and Wagerline. As well as Nova Scotia Tourism, Canadian Cancer Society and Eco Apparel.  She was featured also on the covers of Eco Apparel catalogue, en.Vision, Faces Magazine and her ads have been seen in Elle and Ok! Magazines and on billboards.

After graduating from high school, Amy auditioned for a local agency to pursue acting, and she began to take acting classes. Shortly thereafter, she landed her first guest starring role as Desh in the sci-fi tv series Lexx: The Dark Zone.

Amy has since worked with many leading actors : opposite of Cybil Sheppard and Tim Matheson in "Martha Inc.", where she played Martha Stewartʼs daughter, Lexi; with Dean Cain, Brian Bosworth, and Mimi Kuzyk in the action flick "Phase IV"; and with Chris Cuthbertson, Sebastian Spence, Christopher Shyer, Ryan Scott Greene and Nigel Bennett in Afterdark Productions feature film "A Bug And A Bag of Weed" and she played opposite of Joe Flaherty and Chris MacDonald in the award winning feature film "Summerhood".  She can also be seen as J-Rocʼs babyʼs mama in multiple episodes of "Trailer Park Boys" in seasons 6 and 7.  She also worked opposite of Flava Flav in the new U.S.sit-com "Under One Roof" as his probation officer Candy.

Clips in Amy's demo reel include:

* A Bug And A Bag of Weed as Mandy

* Under One Roof as Candy

* Lexx: The Dark Zone as Desh

A Bug And A Bag Of Weed (Trailer) 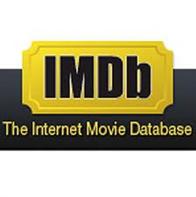